The Single Ply Roofing Industry: Notes on the 2019 SPRA Conference and Awards

Here’s a look back at the highlights of this month’s Single Ply Roofing Association Conference. The theme of the conference was ‘What’s the Risk?’ and we talked about Brexit (of course), Mental Health and Wellbeing, Fire, Standards and Training and the impact of the digital age. We won some awards and everyone learned a great deal.

The conference was the fifth SPRA has held, and to celebrate the fifth birthday, SIG Design and Technology were delighted to once again be sponsoring the social media at the conference, producing a Live Blog and tweeting throughout the day using #SPRAConference2019 and later #SPRAAwards2019.

David Smith on the Economic Situation

Keynote speaker was David Smith, economics editor of the Times and Sunday Times, who provided a whistle-stop tour of the current economic situation. He was critical of Trump’s protectionist agenda which has contributed to a slowdown in the world trade of goods.

David feels that a global recession is unlikely, if the trade wars are settled. However, that’s a big if, and there is no precedent for the current Brexit impasse. He outlined the risks of a No Deal Brexit; companies are loath to revisit the stockpiling efforts of the run up to the 29th March deadline, and the economic effects of this have now reversed. His review of the five possible future outcomes weighed heavily in favour of another extension after 31st October, rather than a no deal:

David thinks the key to shifting out of a 1-1.5% growth forecast is to invest for business growth; it is a lack of investment that locks us into years of sluggishness. His parting advice was to keep an eye on the number of skips – things are still happening, but not as much as they should be, as uncertainty remains the major influence.

The first panel session focused on training and began with Suzannah Nichol, CEO of Build UK, pointing out that whilst construction has a great deal to be proud of, we do tend to overcomplicate things. Training is a good example of this and getting young people into the industry has been made incredibly difficult. So much so that those who do join and end up staying are often personally helped by family members. 30,000 young people applied for a CITB apprenticeship in 2017 but the industry offered them just 3000 jobs. What happened to the other 27,000?

Suzannah said we should stop creating training courses that aren’t consistent, which leads recruits to give up on construction. With this in mind, Build UK (who represent specialist contractors across industry) have been working with CITB to ensure that the Build UK Training Standard for contractors maps to the CITB approach.

John Taylor of TR Control Solutions gave an interesting presentation about an InnovateUK funded project he’s working on with BAM Nuttall and Anglia Ruskin University, “Adaptive Learning for Zero Defects in Buildings Construction”. The project aims to work towards zero defects in construction by preventing defects happening, focusing on an adaptive learning approach.

Using mobile and cloud technology and artificial intelligence, an app checks that a site operative understands the task they are being asked to perform. If they don’t understand, the app attempts to explain the task in a way they will understand, and if that fails, alerts a supervisor. In this way the system prevents defects, teaches operatives better understanding, and itself learns more about defects and defect prevention. John asked interested parties to get in touch with him; the project is at the feasibility stage and has another 18 months to run.

The third panel member was Richard Miller of NFRC who gave an update on the RoofCERT scheme, an accreditation programme for individual roofing operatives which aims to be the equivalent to the Gas Safe Register. The aim of RoofCERT is to differentiate the skilled roofer from the general builder, professionalise the sector and reproduce roofing as a career of choice rather than an afterthought – a dangerous situation given how important roofing is to the integrity of buildings. It is ironic that roofers are seen as the least trusted trades when their job is so important.

A pilot RoofCERT scheme is underway this month with the supply chain heavily involved, and the programme has been deliberately developed to bring in existing skilled roofers as well as new recruits. The NFRC aim to accredit 5000 roofers by the end of 2021. Visit the RoofCert website.roor

SPRA conferences in recent years have gradually added an element of health and wellbeing, and this year an even greater commitment was given with the second keynote speaker, Kevin Fear. Kevin is Health and Safety Policy Lead at CITB and after 40 years in the industry is a leading voice behind the Building Mental Health initiative we mentioned in our Mental Health Resources blog post last month. Kevin’s talk began with this slide which caused quite a stir because many in the audience had no idea the problem was so great.

As we said in previous posts, skilled operators, and roofers in particular, are most at risk of suicide. Meanwhile whilst people do take time off work for stress, few will say that this is why. In the circumstances, it is understandable that many feel they don’t get enough support. Kevin provided some useful advice for both self-help and for organisations and urged us all not to hesitate to approach a colleague when we are concerned. We’ve added his slides and contact details to our Mental Health Resources for you to look at in more detail. His presentation definitely caused a stir, and hopefully some action.

BBA and the Durability of Waterproofing Membranes

After a well-deserved break, Simon Wroe of the British Board of Agrément explained that roofing is one of the largest sectors for which it issues BBA Certificates. Used by manufacturers for third party certification, BBA certificates provide comfort for specifiers, giving them confidence when they specify what may be innovative, new products alongside well-established ones. The BBA certifies three types of waterproofing membranes used on roofs:

Membrane durability is assessed in terms of expectations, location of use (including both exposure and climate), and in terms of the limits of slope in which they can be used. Durability statements are comprehensive assessments relying on well over 100 years of experience in the BBA team. Certificates are reviewed every three years, and Simon urged specifiers to look at the detail of them, not just the front page. You can read more about his advice here. You can check out the BBA certificates for the products we recommend via our downloads section.

Peter Capelhorn of the Construction Products Association presented the state of play with the Digitisation of the construction industry. He explained that whilst there are many new initiatives and pockets of good practice, these aren’t joined up and there is very little happening in the supply chain.

The CPA sees its role as helping join up these disparate initiatives, particularly in the area of product information and product identification. He stated that products are ‘the DNA of the construction industry’. This is particularly relevant in the light of the Grenfell tragedy, after which the general public found it hard to believe that the industry didn’t know what was on the buildings involved, Peter told us. The CPA has secured considerable funds for projects related to this, including a £475k project to test the hypothesis that a ‘digital twin’ within the supply chain can bring benefits.

Nigel Blacklock, Technical Chair at SPRA, provided an update on the discussions between SPRA and the government about fire, and in particular the topic of balconies, terraces and external walls. He explained the current standards and testing landscape including the technical review of Approved Document B, the consultation for which ended in March. Recent amendments have left grey areas, and SPRA is pressing for clarification. Further information should be available later in the year.

Nigel also noted that some Insurers, are seeking more than compliance with Approved Document B, requiring systems that exhibit no spread of frame, or approved assemblies. Insurers are of course interested in preventing both loss of life and loss of property (whereas the Building Regulations focus on the former). Specifiers should take note and speak to us if they need support dealing with insurer requirements.

Fire Testing of flat roofs is an important part of the requirements of the Approved Document. Currently there are only two test houses that can do the UK fire test and only one of these is in the UK, which is putting considerable pressure on the system. Nigel’s presentation illustrated the important role that trade associations are playing in seeking clarification for industry of the requirements arising from Grenfell.

What SPRA is doing

The conference concluded with a look at SPRA’s work by CEO Cathie Clarke, Technical Manager Ronan Brunton and Mark Thornton, Training Manager. The association is 26 years old and is built on the three principles of

A new initiative since last year which may be of interest to architects is SPRA’s Online Training Module in Small Roofs, which provides the basic essentials of good flat roofing practice in the domestic sector. For architects this can help them develop confidence working with flat roofing systems and can be supplemented with CPD seminars from organisations like SIG Design and Technology and additional training if required. The module is now approved as an RIBA approved CPD course in its own right. Find out more at the dedicated SPRA training web site.

Following a packed afternoon, members and guests celebrated the best of single ply roofing with the SPRA Awards which we also shared online. We were delighted that Steve Cleminson and Nigel Fields were both honoured for their dedication and excellence as members of the SIG Design and Technology Team. More about this in our news item.

Our Trading Director Mike Crook, a former chairman of SPRA, also introduced SPRA’s chosen charity, Rainbows Hospice in Loughborough, for which SPRA has donated £11,000 since 2013. A further £950 was raised on the night. The evening was successfully concluded with an exciting display of skill by Magic Singh.

Next year’s SPRA Conference will be on Wednesday 24th June 2020. No doubt it will be as educating and enjoyable in equal measure. 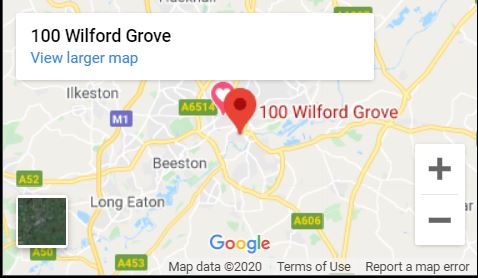